Latest News
You are here: Home1 / Latest News2 / Bluerad 20173 / How Blueproof would have provided protection to the occupants of Grenfell...

A positioning statement written by Dave Atkinson in response to the Grenfell Tower fire tragedy.

At least 79 people and more are missing, presumed dead after the blaze in west London at Grenfell Tower. This 24 storey dwelling, which was built in 1974 and contained 120 flats was home to between 400 and 600 residents.

The cause of the fire is being attributed to a faulty refrigerator in a fourth floor flat. A fridge freezer fire has the highest heat release rate of any household appliance sometimes in excess of 2000 kW. The heat release may have ignited the external cladding. Ref 1 Even though the fridge fire was extinguished by the fire brigade the hot gas at the ceiling may have escaped through the window vent to ignite the external cladding.

Blueproof targets the highest heat source and had it been installed would have sprayed the ceiling gas with water. Excess hot gas would have entered any ducts and voids within the vicinity of the fridge rising to the upper floors. Ref 2 Upon activation of a Blueproof device water vapour rapidly turning to steam would have followed the same route to the upper floors knocking out the flame front.

What we have learned from media coverage is that the cladding on the exterior of the building ignited and this became the conduit used by the fire to spread to the other floors. We do know from the research work and full-scale fire experiments that fire will rise rapidly through pipe tracts and service ducts Ref 2.

During July 2014 three tower blocks in Nottingham were fitted with the new type of active fire protection device Blueproof. During September 2015 a press release was issued Ref 3. On December the 4th 2015 the Chief Fire Officers Association were presented with the concept Ref 4.

The Blueproof device is not practicable for small fires as it activates in a similar way to a sprinkler head and requires a raised temperature to activate. During a small fire in a tower block it functioned as intended and maintained its integrity Ref 5.

Would Sprinklers, Deluge or Hoses have stopped the fire?

These systems are not designed for rapid fire spread which occurred in Grenfell Tower. They are designed to operate in a reference area called a fire zone and the amount of water and pipe work is sized accordingly. Ref 6 They are not designed for total flood, a term used for the worst possible case scenario when all areas are ignited in short succession similar to what occurred at Grenfell Tower. There would simply not have been sufficient water available to supply all the floors. Also sprinklers or deluge systems are typically not fitted in kitchens or laundry areas.

The reach of the fire hoses from London Fire Brigade did not extend above 40 metres of the exterior, and when the water was discharged into the fire-affected areas it could not target or penetrate the interior of the structure or the internal fire that was raging.

As a back up to an installed sprinkler system the only device that would have had water available on every floor would have been Blueproof.

Blueproof could have been available within every room where a water supply is present and where hoses could not reach.

Could Blueproof have stopped the fire in the cladding?

Until the forensic findings are published we believe it is highly unlikely that Blueproof would have stopped the fire spread internally within the cladding. However upon activation the excess steam could have expanded through the window and risen into the flame front. Other events have been shown that during the extinguishment of burning towers of ignited gas that the introduction of very little inert gas would knock out the flame front Ref 9. The same principle may apply with the introduction of steam.

The cladding would provide a ‘chimney’ to transport the products of combustion enabling them to enter any open area above the source. Water entering the fire plume would have expanded to 1760 times its volume displacing oxygen from the fire and providing a cooling and suppressing effect.

Could Blueproof have stopped the internal rise of the combustible gas?

The fire may have travelled upwards through the service ducts to ignite the rooms above Ref 2. Upon activation of Blueproof the rapidly expanding water/steam would mix with the other gases and travel into those and deter further ignition. What we mean by service ducts includes even small electrical cable conduits.

Not only would water/steam have absorbed the heat energy, it may have cooled the flammable gas to below the ignition temperature of furnishings. Thus eliminating secondary combustion and suppressing smoke, allowing sufficient protection to the floors above not accessible to the fire fighters and to enable more residents to escape.

Would Blueproof have reduced the smoke on the stairwells?

It is reported that thick acrid black smoke filled the stairwells.

It has not yet been established why this occurred when it is reported that a forced smoke ventilation system had recently been installed. However it is likely that upon mass evacuation and following residents leaving doors open, the system would not have been designed for worst possible case. Blueproof has already been proven to reduce smoke build-up on stair wells.

Would Blueproof have had any effect on the toxic fumes from the burning furnishings?

Older furniture – where the foam has not been treated with flame retardant chemicals – is referred to as “solid gasoline” by fire experts. That could not be further from the truth. What we do know now from research is that older furniture burns slower and that once flame retardant material combusts it becomes even more deadly from the toxic gas produced when it burns Ref 2.

Untreated foam can emit hydrogen cyanide gas, which causes reduced oxygen, and when combined with carbon monoxide, is deadly Ref 10.

Just one breath of superheated toxic gas can completely incapacitate a person.

The water droplets formed from the activation of the Blueproof device have the capacity to scrub clean the smoke Ref 7. The activation of sprinklers results in ‘smoke drag-down’ where the smoke is dragged down to the floor and migrates to other area’s Ref 11.

Would Blueproof have been effective on the gas fires?

A local councillor, Judith Blakeman, who sits on the tenant management organisation, raised concerns in March about the National Grid installation of gas risers or pipes in the main stairwell as part of the refurbishment. She was assured by the landlord that they would be boxed in with “fire-rated” protection, but this does not appear to have been done. The London Fire Brigade said on Thursday morning they had not been able to put out the flames until they had isolated a ruptured gas main in the block. Ref 8

It was reported by escaping tenants that blue flames could be seen burning in various sections of the building during evacuation. Once the gas riser fails jet fires follow.

To control a jet fire the inventory of the riser should be immediately isolated. That is closing in the inventory on confirmed fire. To control the release of the inventory and suppress the resulting jet fire an application rate of water far in excess of what would have been available would have been required. Sprinklers would have not been effective. Deluge would have had to be sized and targeted accordingly. Passive fire protection should have been installed. The gas within the riser would have expanded with the heat exposure and the pressure increased. The inventory would have taken a significant time to fall. The water vapour carried in the air from the activation of numerous Blueproof devices throughout the structure would have limited the reach of the jet fire but not extinguish it. It would normally take a minimum of two hand held hoses to have had any effect.

Would Blueproof have brought down the temperatures throughout the structure?

What has been proven is that a little amount of water has a massive effect on a fire Ref 2. The introduction of small amounts of water reduces the temperatures significantly throughout a building structure. This effect was also proven at a demonstration of the Blueproof device at Ollerton where this was noted Ref 4.

Why was Blueproof not installed in Grenfell tower?

Currently Blueproof is being scheduled to show compliance with British Standards. When it was conceived no standards applied to this type of device. However full-scale fire experiments were undertaken by the Building Research Establishment (BRE) which proved that the concept worked.

In 2016 Blueproof was awarded product of the year by the public risk management association ALARM and in May 2017 won the Concourse Lepine International first prize for security, awarded by the Prefecture of Police in Paris, France.

Blueproof has been installed in three 16 floor tower blocks in Nottingham with no leaks or failures having been reported since 2015. It is included in the fire risk assessments (FRA) undertaken for these tower blocks.

In over forty years that I have been involved in the technical design of active and passive fire suppression systems this was an event that I expected to occur. It had already occurred in other countries. I think this could have easily been prevented.

Unfortunately local government Building Control and environmental representatives are not technical expert in active fire protection and sprinklers may not be the optimal solution to all active fire suppression requirements in tower blocks and other structures.

It is my opinion that the active fire suppression device Blueproof would have afforded an additional means of protection at the Grenfell Tower disaster. This is because Blueproof can use the available water from any source.

In terms of cost benefit analysis and performance it is a device that balances the need to reduce costs of fire suppression and provides effective protection. I would propose that Blueproof is installed in every tower block with or without existing sprinkler systems to provide mitigation against this type of eventuality. It can be fitted in a timely fashion throughout structures that contain a standard central heating system, and to household appliances directly from the mains supply. The Blueproof device is the only active fire protection device that can be classed As Low As Reasonably Practical (ALARP).

David was a former technical expert in active fire protection for the UK Health and Safety Executive, Lead Loss Prevention Engineer for Exxon Mobil, and technical safety advisor to BP, Shell, AGIP, Total, Statoil and Gazprom. You can read his former blog entries on Blueproof through our latest news page.

NFPA 13R Standard for the installation of sprinkler systems in low-rise Residential Occupancies. 2016

9.    Offshore Installations (Prevention of Fire and Explosion, and

Standard operating practice under article 18 for the extinguishment of fires in gas vents. 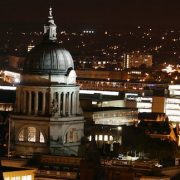 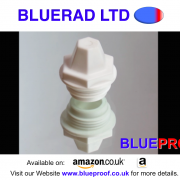 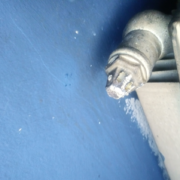 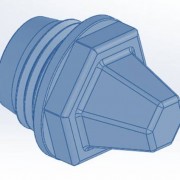 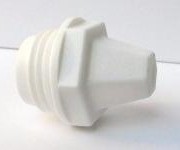 Blueproof Wins Award for innovation from the Concours Lépine International...