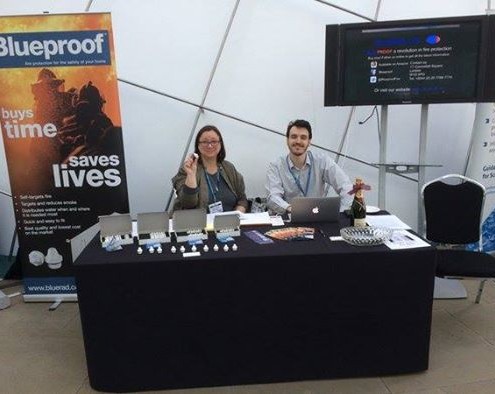 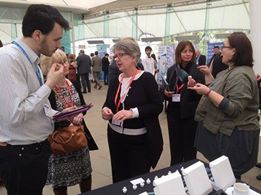 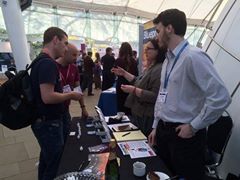 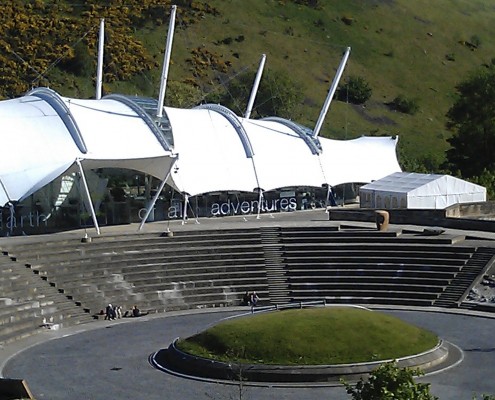 A
Delegates attended several poignant presentations throughout the day and during the break out periods were able to visit several industry sector exhibitors from Fire Scotland to Bluerad.
On our Bluerad stand, we introduced Blueproof to the delegates, which became the buzz stand to visit and became a trending topic on Twitter. The TV coverage was shown on a video loop and attracted a huge amount of interest from both landlords, fire and safety professionals. With the Chairman of the conference showing his appreciation to us and saying that the stand was the most innovative of all the exhibitors.

A
This was the first roll out of Blueproof to the public and the genuine enthusiasm for this simple and cost effective fire suppression device was ably demonstrated by Allister Atkinson, the son of Bluerad’s founder and inventor of Blueproof, Dave Atkinson.

A
We were able to inform delegates that Nottingham City Homes have fitted Blueproof to 3 tower blocks in Sneinton in the recent months and that we are working on additional large scale installations for other local authorities.

A
Both private and public landlords showed great interest in this simple and effective device that combats fire and smoke, which gives residents time to reach safety in the event of a fire.
The winner of our prize raffle on the day was a Mr Mike Harrower of Colinton Lettings Ltd

An introductory offer for Blueproof was announced and this price will be maintained for the next month. Don’t miss out on the great offer to not only safeguard lives but to save money.

Blueproof at the Scottish Parliament
Scroll to top